The company with the help of 700 volunteers has built a laungage model to make for more accurate search. 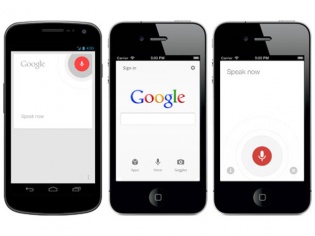 English speaking Indians can now find answers on the web more quickly and efficiently with Google's Voice Search. The company over the past one year claims to have made several improvements to better recognise the Indian accent.

Google's Voice Search feature is available on all devices running Android 2.3 or higher, on iOS devices via the Google Search app and on desktops via the Google Chrome extension.

Currently the service supports a total of 47 languages, English being the only language that is predominantly spoken in India. Voice Search was launched back in 2010, but so far was not optimised to understand the heavily-accented English Indians speak.

Google worked with over 700 volunteers to build a specific language model to power Voice Search in English spoken in an Indian accent. They were asked to read popular search queries in a variety of environments such as restaurants, out on busy streets, and inside cars to best replicate real-world conditions.

“From asking Google where you can watch the latest movie to finding out cricket scores at the touch of a button, Google is there to help you get the answers you need,” said Sandeep Menon, head of Marketing, Google India.

The feature allows users to operate their smartphones in situations where looking at the screen could be dangerous, or users are unable to type out queries.

“The usage of voice search has been getting lots of traction in countries like Japan, where web search on mobile is high. It is an active feature and with the improvement in broadband 3G, 4G connections, the experience of voice search will be grow richer,” added Menon.