If you were looking forward to the next instalment of Asphalt, get ready to get disappointed. 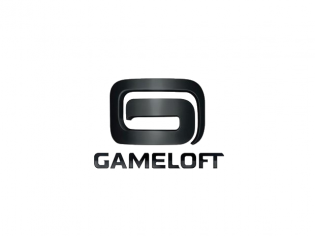 Among the big guns at E3, were also the mobile game developers, which today is a big business thanks to the advancements in processor technology that make games like Real Racing 3 possible. Hence with all the new chipsets and QHD displays that have launched this year, it would be rather disappointing to see one of the best arcade racers being reduced to a lane-runner game such as Subway Surfers. Still then, there was a lot more to ogle at E3 at the Gameloft booth this year.

First up is Spider-Man: Unlimited, a web runner none the less but still keeps things refreshed by roping in 50 years of Spider-Man comics and the villains that came with them. Swing around, run, jump and fight through NYC which is on the brink of destruction with some pretty awesome-looking graphics.

Next would be Asphalt, which clearly isn’t what it used to be. The game has now been reduced to a lane-runner (yes, you swipe on the screen in portrait mode to change lanes) taking place in the 80’s with the cars to boot. The game will certainly work on a lot more devices, but Gameloft could have been more creative at this one, other than picking up ideas from titles such as Top Gear’s ‘Race the Stig’ which is what the game reminds us of.

Modern Combat 5: Blackout is probably one of the most awaited titles from Gameloft. The earlier instalment which is still fresh to dabble with already came with some ground-breaking gameplay and the newest instalment also does not fail to disappoint. Breath-taking visuals and some console-quality graphics will ensure that you stay glued to your smartphone when the game launches later this year.

Also announced were Ice Age Adventures where you can play as the characters from the movie including Sid the sloth. Lastly, Dungeon Gems, an RPG-style puzzle game was announced which lets gamers play any of the hundreds of characters; each of whom comes with varying levels of power and skills. Hunt for dragons, battle through dungeons in this action-based combat game in both solo and multi-player mode.

While most of the games were impressive, Asphalt was clearly disappointing for an arcade racer. May be Gameloft has something bigger planned or will keep updating Asphalt 8: Airborne with new tracks and vehicles similar to the other racing titles, to keep gamers busy.