Micromax Unite A092 Gets Listed Online; Packs A Snapdragon 200 Processor

After the Unite 2 A106 comes its smaller sibling, with smaller screen and hopefully a lower price tag as well. 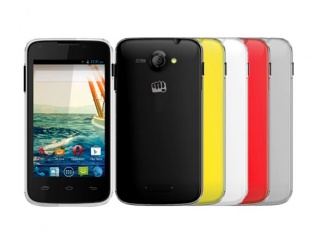 Micromax has unveiled yet another Unite device called the Unite A092, which is supposed to be the cheaper sibling of the recently launched Unite 2 A106. The device is clearly a budget one and comes with the hardware specifications second only to the A106 in Micromax’s smartphone range.

The Micromax Unite A092 sports a bright 4-inch 800 X 480 pixel IPS LCD display. The handset is powered by a 1.2 GHz quad-core Snapdragon 200 SoC, coupled with 1GB of RAM and 8GB of internal memory, which is expandable up to 32GB thanks to a memory card slot. On the back is a 5MP primary camera with a LED flash, while the front also includes a tiny 0.3MP front-facing snapper.

A 1500 mAh battery fuels the above hardware that is powered by Android Jelly Bean version 4.3. The A092 is basically a step down from the Unite 2 A106 which comes with similar specifications, yet runs Android KitKat version 4.4.2.

The device comes in white, black, grey, yellow and red. The Unite 2 A106 was priced at Rs 7000 when it launched in May this year. While we expect the Unite A092 to go on sale anytime this month, the pricing of the handset will determine its fate, something which has not been announced yet.

If you are looking for something at a slightly higher price range be sure to check out our take on the ‘Top Five Smartphones under Rs 10,000’.