Home » Internet » Google To Introduce 'Nearby' - A Proximity Based Automation Service

Google To Introduce &#039;Nearby&#039; - A Proximity Based Automation Service | TechTree.com

Google To Introduce 'Nearby' - A Proximity Based Automation Service

Nearby should bring Google up to speed on much hyped home automation and device interactivity services. 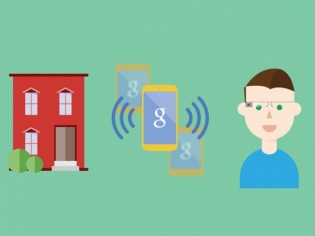 Google could soon release a new service for Android called 'Nearby' which will facilitate interactions between you and nearby people, places and things. The move could open up a range of possibilities for home automation and device to device interaction.

According to Android Police, Nearby will allow enabled devices, with extreme precision, to know when they are near each other, and interact according to the context.

This could be something as simple as your phone automatically unlocking when in close proximity to your Android Wear smartwatch. The possibilities are endless. Users will also be able to choose who and what they are visible to, limiting the ways in which Nearby can interact on their behalf.

The news comes soon after Apple announced its Continuity service which allows for a more seamless switch between iOS and OS X devices. Nearby could also be targeted at Apple's Home Automation feature which is being touted as a gateway to the Internet of Things (IoT).

Two acquisitions by Google – Bump and SlickLogin – are expected to play a huge role in shaping what Nearby will be. While Bump used a bumping action and location data to know when two devices want to interact, SlickLogin uses Wifi, audio and Bluetooth to authenticate interactions.

While the full functionality of Nearby is still not known, hints in the form of the unfinished “Easy Unlock” feature on Chrome OS and a promo video showing a user opening a garage door by simply saying “OK Google, open garage” do point out at early uses.