Corning Comes Up With Revolutionary Anti-Reflective Coating For Displays | TechTree.com

Corning Comes Up With Revolutionary Anti-Reflective Coating For Displays

Demoed at Computex 2014, expect to see the technology heading to your next smartphone soon. 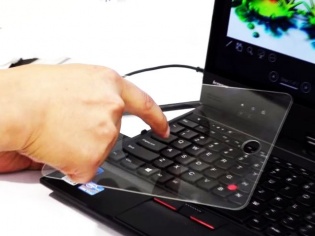 The makers of Gorilla Glass, Corning had something really unique to display at the  Computex 2014 exhibition as it showed off a coating, which makes it almost anti-reflective.

While Apple has rejected Corning for its upcoming iPhone 6 by switching to Sapphire coated glass instead, the company has been working on something that troubles smartphone users a lot - the reflective displays. Corning demoed a new technology in the form of a coating that will to be applied to their Gorilla Glass screens to make it anti-reflective.

The anti-reflective coating needs to be applied to both sides of the display and will drop the reflectivity of the screen from standard 8% to mind-boggling 1%. The coating which is applied using Zero Air Gap technology reduces reflection as you can see from the video below.

It’s hard to identify that the glass screen even exists over the display. The anti-reflective coating is a blessing for smartphone users who often struggle while reading in direct sunlight. The coating improves contrast and outdoor readability from 40% to a staggering 123%. There is a 90% reduction in reflectance, while the display will deliver 3X more colour in outdoor situations.

Corning clearly wants to show Apple on what they lost out after the smartphone giant switched over to their own sapphire coating solution. As of now, we would choose Corning’s anti-reflective coating any day over Apple’s strengthened sapphire coated display. But we think that flagship displays would adopt both technologies in the near future.