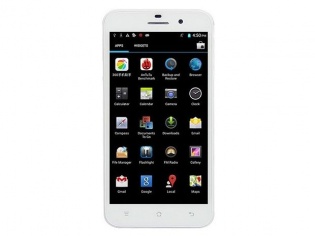 Wickedleak has launched its newest smartphone, the Wammy Neo. The handset’s main feature is obviously the MediaTek octa-core processor which brings a lot of horsepower to the budget device.

The Wammy Neo comes with a 5 inch 1280 x 720 pixel display which is powered by a 1.7 GHz octa-core MediaTek MT6592 processor with 2GB of RAM and 8GB ROM. The internal memory can be expanded up to 32GB thanks to the microSD card expansion slot as well.

The device comes with an 8MP primary snapper and 2MP front-facing camera for all those selfies. Powering all of the above is a 2220mAh battery unit which should easily last a day considering the new MediaTek chipset. The phone runs on Android Jelly Bean 4.2 and comes only in white. The octa-core processor from MediaTek certainly makes launching apps quicker and even delivers better battery life. Considering that the handset comes with 2GB of RAM, Wickedleak has guaranteed to deliver an upgrade to Android 4.4.2 KitKat as well.

Priced at Rs 11,990 the Wammy Neo is currently available on pre-order on the Wickedleak website and will begin shipping from the 5th of June.