This is the largest acquisition Apple has made since buying NeXT to bring Steve Jobs back. 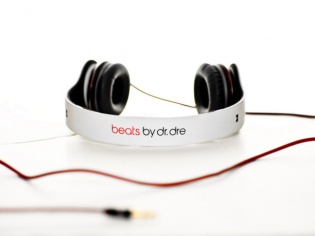 In what will go down as a landmark deal, Apple has purchased Beats Electronics for $3 billion, making it the largest acquisition in the Cupertino company's history. According to TechCrunch, both arms of the company – audio hardware and music streaming service – have been snatched up by Apple.

Beats Audio was formed by rapper Dr. Dre and music industry executive Jimmy Iovine, when they found that the headsets Apple provided with its iPod didn't produce the desired sound quality. Things seem to have gone full circle, and industry onlookers say that it wasn't just the hardware Apple was after, but also Beats' popular music streaming service.

When it comes to acquisitions, Apple has always kept itself away from buying large profile companies, instead opting to buy out startups. To put things into perspective, the last large acquisition Apple made was NeXT which the company bought to bring back Steve Jobs into the fold.

A few weeks earlier news of Apple looking to acquire Beats for $3.2 billion broke, but after the company completed its assessment it arrived at a figure of $3 billion - $2.6 billion in cash and $400 million in stock. Apple already has its own music streaming service, but supposedly the company was impressed with how Beats was able to convert free trial users to paid subscribers of its service.

Another reason which Apple could have looked at Beats is to develop its own line of peripherals, something it has so far left up to third vendors. This is one region where rivals (especially Samsung) excel, providing customers with a range of products which support their smartphones.

TechCrunch adds that Dr. Dre and Jimmy Iovine also played a huge part in Apple's decision, which is reflected in the company's move to bring them onto its own management team. For now Apple says Beats Music will continue to be made available and operate as before, even on other platforms (mainly Android).