Sony Follows Microsoft Into China With Its PlayStation Console

The move will open up a pool of 500 million gamers in China, which Microsoft and Sony will fight for. 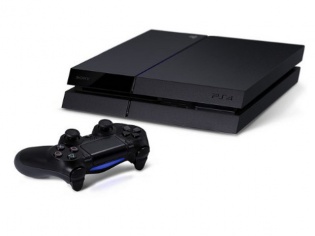 Japanese electronics giant Sony has signed a deal with Shanghai Oriental Pearl for the manufacture and sale of its PlayStation gaming consoles in the country. The move will give Sony access to an estimated 500 million gamers, and the company will go head to head with its rival Microsoft who announced its entry into China a month ago.

The Chinese government lifted a ban on the sale of gaming consoles in the country which was imposed in the year 2000. In January this year the government said it will allow foreign firms to cater to the demand for the devices regarded they are manufactured in the China.

PC, mobile and online gaming currently dominate the Chinese market, which is regarded as a huge market for console makers given its sheer size. Research firm PriceWaterhouseCoopers estimates China's video game industry will clock in a cool $10 billion in sales next year.

Sony's move to enter China comes just a month after its chief rival Microsoft announced that it will manufacture its Xbox One console in the country. The company plans to begin selling its gaming console in China by September this year.

While announcing its previous quarterly results, Sony said that it will triple operating profits by next year, and the PlayStation gaming consoles will play a huge part apart from mobiles in realising that dream.

While the gaming consoles will remain the same in China, the games won't. Both companies will have to follow strict rules set by the government as to the type of video games that are allowed to be launched.