Lava finally took the wraps of its latest budget smartphone, the Iris X1 which will be one of the first handsets by the manufacturer to be powered by the Broadcom SoC. The chipset currently powers the QPAD e704, the company’s tablet offering and will now add the Iris X1 to its line-up of budget-friendly devices.

The device comes with a 4.5 inch FWVGA (854 x 480 pixel) display which is powered by a 1.2 GHz quad-core Broadcom chipset. The Broadcom BCM23550 SoC comes with the Videocore IV GPU and is coupled with 1GB of RAM and 4GB of internal memory. The company also offers a microSD memory expansion slot and adds a smaller yet capable 1800 mAh battery. The camera at the back is an 8MP BSI sensor with dual-LED flash while a 2MP unit seems enough for the front-facing one.

As you would have noticed, the device clearly competes with Micromax Unite 2 A106 which comes with a larger screen but inferior camera set up. In terms of looks, the handset looks like a copy of the iPhone 4S with only a taller construction to differentiate the two. 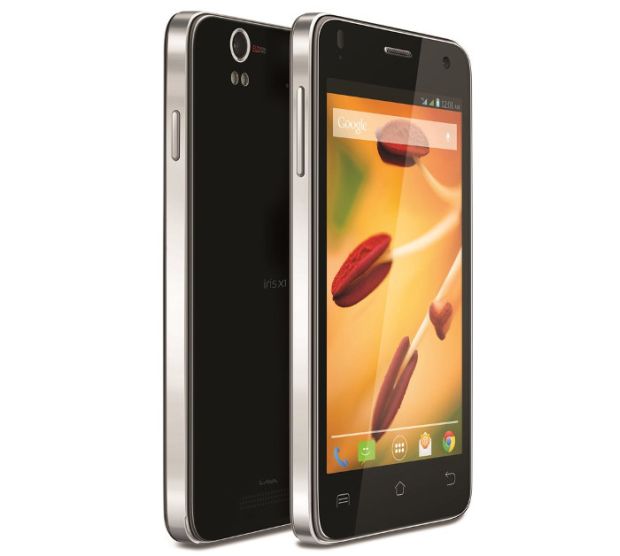 The phone runs Android KitKat and comes in Black and White with a metal strip running around the corners. The device is priced at Rs 8000 and will be available starting from the 27th of May. The handset will also come with a Flip cover that automatically puts the phone into sleep mode when closed.