Home » Mobiles » Samsung And LG Back At Copying Apple; This Time Its Sapphire Displays

Samsung And LG Back At Copying Apple; This Time Its Sapphire Displays

If switching to a flatter UI was not enough, there is a lot more coming. 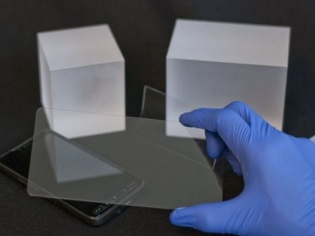 Its been a month since we reported about Apple’s display manufacturing contract with GT Advanced. The company had apparently received huge contracts ($500-$700 million and more) for the display coating solution. Now as industry insiders point out, its biggest competitors, Samsung and LG have followed suit.

If you have no clue about the sapphire coating, well basically it is a layer of sapphire (a tough material that is used on high-end wrist watches) applied on top of glass to make it stronger and scratch-resistant. Apple was clearly the first to invest in this tech and as the source points out, they clearly had the resources needed to get the technology into production.

Apparently, LG also had its eyes on this technology before, but it seems that they found the displays too expensive to produce a year ago.  Now that Apple invested and built an industry out of it, others are finding it viable and they have now decided to make the switch as well. We must say that Apple clearly knows how to make and idea into an industry.

Big question is what happens to Corning? Apple seemingly did not like the quality of glass that was produced by Corning which is why they decided to build and design their own. With big players from the Android herd switching to Sapphire, may be Corning will have to change their tech to keep customers happy.

Sapphire coating glass is definitely not cheap, so brace yourselves as smartphones are going to get a lot more expensive. Question is when do we get to see those flexible displays that the Koreans have been showing off all these years?