Facebook Is Rumoured To Be Working On A Snapchat Rival Yet Again | TechTree.com

The app named 'Slingshot' will let users send short video messages that get destroyed after being viewed once. 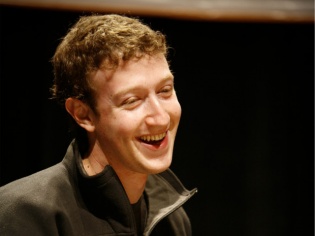 After a failed attempt to purchase instant messaging app Snapchat, social networking giant Facebook seems to be all set to up the ante with its own ephemeral messaging app – Slingshot. According to the Financial Times, Facebook has been working on a rival app for months now, and it could be launched as early as this month.

Rejecting a $3 billion deal from Mark Zuckerberg obviously doesn't go down well, and the Facebook founder is supposedly personally supervising the top-secret project. 'Slingshot' as it is known internally will let users send short video messages with just a few taps of the screen, and like Snapchat, the message will be destroyed after it has been viewed once.

Slingshot will most likely be a standalone app, keeping with Facebook's recent move to create specific, highly-targeted apps such as Messenger. This is part of a larger un-bundling of the group's social network services, in the hope to give users the freedom to pick only the apps they require.

If the app does indeed make its way to the marketplace, it wouldn't be the first poke Facebook has taken at Snapchat. In 2012 the company launched an app by the name 'Poke' which would delete photos and videos 10 seconds after they were viewed. Poke flopped spectacularly, and since then Zuckerberg has referred to it as 'a joke'.

The developers of Slingshot, the same group which gave us Facebook's Paper, have already proven their mettle when it comes to creating beautiful interfaces and outstanding useability. It wouldn't be a far fetched idea to imagine a similar level of interactivity from the company's self-destructing messaging app.

Facebook already has WhatsApp, which is much larger than Snapchat due to its popularity among users in developing nations. Snapchat on the other hand has become vastly popular with teens, given its (supposed) advantages when it comes to privacy. Facebook is now looking to tap into this market which is especially large in its home country, in ways making Slingshot the WhatsApp of the developed world.