Her biggest challenge will be to address the issue of privacy and hopefully design which the public has raised. 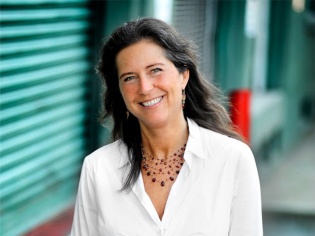 Google has just named Ivy Ross, one-time lead designer at Mattel and a noted jewelry artist, as the head for its Glass project. The move comes as a massive shift away from the so-far geeky team that has been behind the development of the company's revolutionary wearable.

Ross replaces Babak Parviz as Google's Glass lead and will work under Google X for Astro Teller and Sergei Brin. Her job will most likely involve transitioning Glass to a full-fledged consumer product while also addressing issues of privacy, useability and design which have been raised by consumers.

On the G+ page for Google Glass, Ivy Ross said, “I look forward to answering the seemingly simple, but truly audacious questions Glass poses.” She added that she has spent her career “at the intersection of design and marketing, trying to answer questions like this in different ways, for different products.”

In her previous stints, Ross has worked as head designer at Calvin Klein, Swatch, Coach, Mattel, Bausch & Lomb, Gap and, most recently, Art.com. Her prior experience and expertise should in some way help with the design and marketing of Glass, which so far has been lacking in some sense.

Moreover, one of the greatest challenges that Ross will face during her stint at Google will definitely be the anger which several people have voiced over privacy issues that come with Glass. The wearable may be available for purchase already, but even Google acknowledges that it's still at more advanced stages of development.