Samsung To Update The Original GALAXY Gear To Run The Tizen OS | TechTree.com

Seems like Samsung has no clear plans to bring in Android Wear just yet. 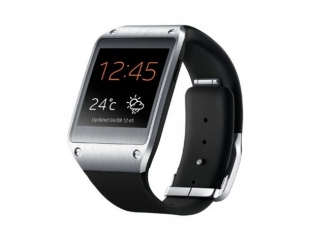 Reports are now pouring in stating that the original GALAXY Gear smartwatch which started it all for Samsung, will soon be receiving a big update. The update is indeed a big one as it changes the OS that runs the wearable from Android to the Tizen OS which currently comes installed in the new Gear range.

The news comes from SamMobile which reports that Samsung is indeed planning to shift the GALAXY Gear smartwatch to the newer Tizen OS which will bring some new features apart from better battery life. Samsung themselves have said that Tizen indeed runs light and is a software demanding less resources as compared to Android.

Obviously Android was a bad choice to begin with since Samsung at the launch of the GALAXY S4 clearly had no options. Android is made for smartphones and adopting the same to a smartwatch simply meant that Samsung would have to make some compromises.  And even though Tizen will bring a host of new applications, including a sleep tracking mode and standalone music player, it somehow will not bring the flexibility of Google’s new Android Wear and the ecosystem of apps that will come with it.

For now, Samsung is not too keen to adopt Android Wear just yet because it has just launched a new range of Gear devices and certainly does not want to lose out on sales nor the market that it has developed.