Moto G like specs with an aluminum unibody at a price tag of about $250-300 would really make it a winner. 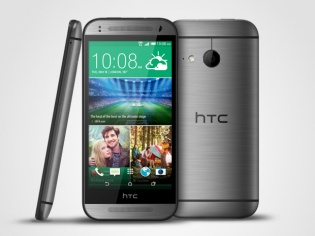 In a bid to better compete in the mid-range smartphone market and also fulfill the need of people demanding handsets smaller than its flagship One (M8), HTC has unveiled its all new One Mini 2. Just as its predecessor, the phone tries to bring the premium feel of a flagship, albeit in a more compact package.

“We believe that one size doesn’t fit all,” said Graham Wheeler, Product Heat at HTC, in a Guardian report. “We’ve seen people wanting a smaller, cheaper phone than the One M8, but when you go down a price point you shouldn’t get a product that hasn’t had as much time and detail put into it as the flagship.”

The One Mini 2 features a similar design to its larger sibling, with a metal unibody that now wraps around the sides of the device. This fixes one of the issues with last year's One Mini which despite being a metal unibody, featured plastic sides. The new device is all metal, except for the top and bottom which are made of plastic. HTC has given the One Mini 2 a 4.5-inch HD display, which doesn't make it as compact as the iPhone 5s, but is a microbe in comparison to the phablets currently on sale. The phone does look like a miniaturised version of the One, but lacks the duo camera module at the rear, and other subtle but noticeable differences.

The phone features the same boom stereo grilles adorning the top and bottom of the phone's face. In order to save costs, not only does the One Mini 2's camera lack a sidekick, it's also a regular 13MP shooter with none of HTC's Ultrapixel wizardry. On the front, the phone features a 5MP camera just like its larger counterpart, for shooting selfies.

While the device features a smaller battery than the One (M8), it's powered by the more efficient Qualcomm Snapdragon 400 quad-core processor, yielding a similar battery life to the larger phone. The phone runs on Android 4.4.2 KitKat, featuring HTC propitiatory Sense 6 and BlinkFeed social new aggregator apps. 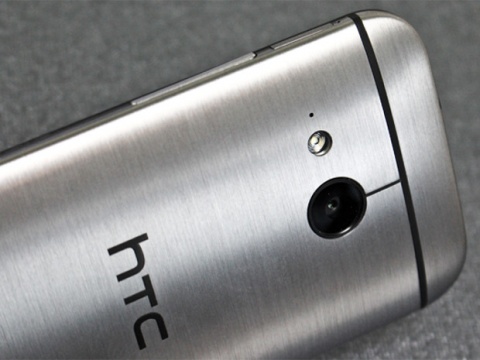 In terms of pure specifications then, the HTC One Mini 2 is on par with the mid-range Moto G. However that's not a bad thing since we know the phone will be no slouch. Instead, where the Mini 2 will shine will be with its high-quality metal body, which should please those with a thirst for exquisite build quality.

The company hasn't announced the price of the One Mini 2 as of yet, but reports speculate it costing between $250 - $300. For that you'd get some Moto G performance, a brilliant 13MP primary camera and a 5MP front facing camera that puts to shame the shooters on some entry-level devices. Moreover, a premium feel along with HTC's Sense UI could make the device a winner.