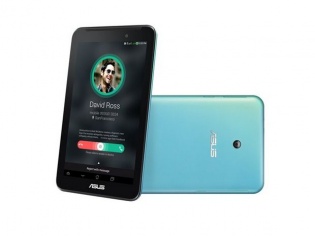 Asus, known for PC peripherals and Laptops has made its presence felt in the tablet market with the Nexus 7 and FonePad series. Hoping to expand its reach, the Taiwanese company has unveiled a new tablet FonePad 7 (FE170CG). As its name suggests, the device sports a 7-inch screen. The screen resolution is 1024x600, which is good enough for a budget tablet.

The tablet is powered by a 1.2 GHz Intel Atom Multi-Core Z2520 Clover Trail+ processor with Hyper Threading technology. There's 1 GB RAM, 4 GB internal storage, and a microSD card slot (varies by region). The FonePad has a 2 megapixel rear and a VGA front-facing camera. In terms of connectivity, you get Wi-Fi and Bluetooth 4.0. It has a SIM card slot (two in some regions) with support for voice calls and 3G.

The tablet features Android 4.3 Jelly Bean out-of-the-box. According to Asus, 4.4 KitKat update coming soon. The tablet will come in black, white, red, and blue. The tablet supports accessories such as magnetic smart that also doubles up as a kickstand. Asus claims that the tablet offers up to 10 hours of battery life, which sounds quite good for a tablet with phone functionality. As of this writing, Asus hasn't shed light on the device's pricing, but we expect it to fall under Rs 10,000 bracket. 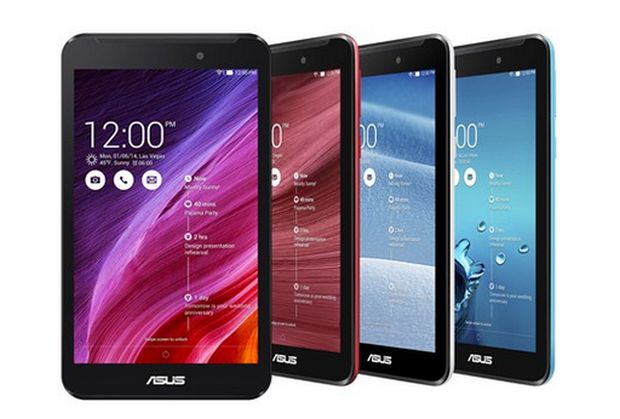