Apple To Launch The Cheaper 8GB Variant Of Its iPhone 5c In India | TechTree.com

The news comes soon after Apple withdrew the iPhone 4 from sale in India. 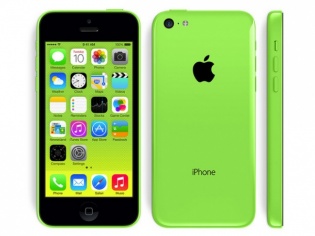 Apple will launch the cheaper 8GB variant of the iPhone 5c in India by early June, in the hope to pep up sales and make back lost market share. The device was launched in other global markets a little over a month ago in an attempt to boost the global average selling price (ASP) of the iPhone range.

The company recently withdrew its cheapest iPhone 4 model from sale in India, just four months after it was re-launched. The Rs 20,000 price tag hurt Apple's global ASP for the iPhone which was the lowest during the January-March quarter.

"Apple's iPhone5c 8GB model is likely to do well in India, since most consumers in India do not care much about the storage memory if there is a good price and deal," said an unnamed source with knowledge of the developments, in the ET report.

Analysts have been largely critical of the iPhone 5c, saying that it isn't doing its intended job of driving Apple's sales in emerging markets. The 8GB variant is sort of a last resort the company is taking to improve sales of the model, though true sales numbers aren't known as Apple does not release a sales break-up.

In India, Apple's market share stood at just 2.4 per cent in the January-March quarter of 2014, while rival Samsung led with a 38.9 per cent share. The company is now looking to close the gap between Samsung in the smartphone space, while at the same time maintain a sound balance sheet.