Samsung apparently, is not the only manufacturer out there who wants to bring out a QHD smartphone. 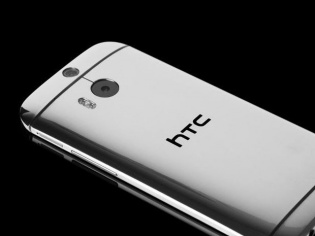 The first wave of devices that were announced at the Mobile World Congress, certainly failed to impress many as they all lacked QHD displays. Now as the rumours keep popping all over the internet, there seems to be a second wave of those same old devices, but with pumped up QHD specifications that will be arriving soon. After Samsung’s GALAXY S5 Prime rumours, it’s now HTC’s time to step into the rumour mill for the same.

The latest insider information reveals that HTC is indeed working on a pumped up high-end HTC One (M8) Prime after all. The device is rumoured to sport a 5.5 inch QHD display (2560 x 1440) which is similar to the one that we are expecting to see at the LG G3 launch later this month. Again, the M8 Prime is said to sport a super-fast Snapdragon 805 SoC with a quad-core Krait CPUs doing all the heavy lifting. The high-end device is said to come with 3GB of RAM and 16GB of internal memory as well.

What is interesting here is the camera setup, which according to the insider will see a huge jump from a 4MP unit in the current One (M8) to a much larger 18MP sensor along with the dual lens setup.

The handset is expected to be announced in September this year; which kind of makes us ponder over the fact that LG seems to be early to the QHD spec race. Don’t you think?