HTC To Focus On Providing Value To The Indian Consumer

The company will focus on bringing the best phones at great price to the customers. 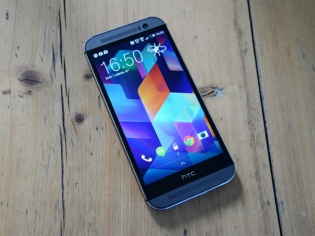 Taiwanese smartphone giant HTC has unveiled three new smartphones in quick succession in India, with the goal to capture a 15 per cent share of the market in the next 24 months. With the market growing at over 80 per cent year-on-year, the company sees a huge potential in reaching out to Indian consumers.

HTC has launched three phones in three largely different segments of the smartphone market - The Desire 210 caters to the low-end market and is priced at under Rs 10,000. The Desire 816, sits in the mid-range and offers up some compelling specifications at Rs 24,000. At the other end of the spectrum sits the new flagship One (M8) which offers all the bells and whistles from HTC at Rs 50,000.

“The industry is growing at over 80 per cent year-on-year, and the growth is happening at all price points. While the sub-Rs 10,000 segment is over 50% of the overall market, phones over Rs 30,000 are also seeing robust growth. India is the third biggest smartphone market, and because smartphone penetration is still less than 10 per cent, we can say we're still at the tip of the ice-berg,” said Faisal Siddiqui, Country Head for HTC, in an interview with TechTree.

On a global scale, HTC has announced that India will be one of its prime growth regions and will focus heavily on the fast growing mid-range device market. While the three newly launched phones do sit in widely different segments, the company believes value rather than affordability is key to conquering the hearts of consumers.

In order to grow its Indian arm, HTC will expand its sales footprint as well as add more distributors into its fold.

“Right now we are at about 3,000 (sales) outlets and will get to around 8,000 outlets on the back of adding more distributors. We are also increasing our service infrastructure. Three years back we had just 50 service centres but we're going to get to 400 in the next 6 months,” said Suddiqui.

He added that the company will continue to launch more innovative products, while divulging to reveal any further details on the timeline or device specifications. “For us the focus is on getting the best phones at a great price to the customer.”

Globally, HTC's new flagship the One (M8) may not have managed to match the sales of Samsung's Galaxy S5, but it sure has gotten the attention of the Korean smartphone giant. In India the price of the One (M8) undercut that of the S5, which led to the Samsung immediately slashing rates of its flagship device.

With its three new devices, HTC has gotten itself into the price and specification war which really commands the Indian smartphone market. It however claims it hasn't lost its core value of offering great build quality, making its phones all that more compelling to customers.

It is yet to be seen how Indian consumers will warm up to HTC phones, especially since rivals like Samsung, Sony and Motorola are pulling all stops to grow their market share.