One of the best looking Android phones of 2013, will soon see a worthy successor. 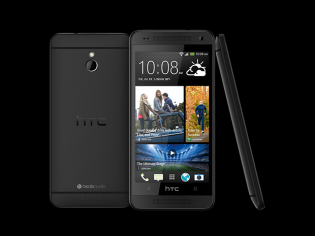 Serial leaker @EvLeaks has once again confirmed that the rumoured HTC One M8’s smaller sibling will be called the One Mini 2. Although the name sounds more like a sequel of a movie, HTC’s recent names for its devices have got us used to this new naming convention already.

There are no sales reports out just yet for HTC’s newest flagship, the HTC One M8; but it seems that HTC does not want to stop at just that. The struggling Taiwanese cell phone maker has been dishing out a lot of mid-range and budget devices as well ever since the Mobile World Congress (MWC) to up its profits. So it makes sense if they make a cheaper sibling to the HTC One M8 in order to drive sales, doesn’t it?

Well, if you ask us, last year’s One Mini was a stunning device. The handset’s only sore points were an average camera and the high fetched price tag. Else the device was pretty much top notch it terms of construction and specifications.

The upcoming HTC Mini handset is rumoured to sport a 4.5 inch HD (1280 x 720 pixel) display powered by a Snapdragon 400 quad-core chipset with 1GB of RAM. The handset is said to come with 16GB of internal memory which will be expandable thanks to a microSD card slot. The primary camera will sport a 13 MP sensor while the front-facing camera a 5 MP one, similar to its elder sibling.