Announced in February this year, the BlackBerry Classic will be made from premium materials and will cost you a pretty penny. 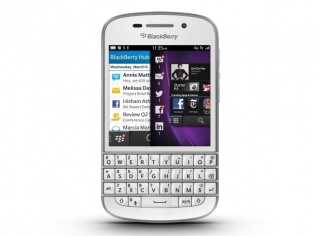 BlackBerry CEO, John Chen revealed a lot of details in his interview with USA Today. One of those interesting details was the news about BlackBerry launching a device which was earlier announced as the BlackBerry Q20. The device was announced back at the Mobile World Congress (MWC) earlier this year and it seems that there has indeed been a name change with Chen now referring to it as the BlackBerry Classic.

The upcoming handset as announced at the MWC is stated to sport a physical keyboard and will be made out of premium materials (think carbon fibre, aluminium and glass). This points to the fact that the BlackBerry Classic will indeed be expensive and will be more of a flagship device. The display will be a 3.5 inch one sporting a higher resolution than current models.

While mentioning the BlackBerry Classic, John Chen commented that:
“It will include a keyboard and a good touch-screen, very fast Internet, Web-browsing capability and multimedia capability. But also it will be very productive and very secure. So, all the familiar things that people love, with some new technology updated. That will come out in November along with the server that helps companies manage devices.”

One of those things that BlackBerry fans love and miss dearly will be the trackpad. The BlackBerry Classic is also said to have premium trackpad; which kind of leaves us a bit confused about how it will be optimised for the new touch-based OS.

In the interview, John Chen also revealed that BlackBerry is more of services company now and that they are indeed the number one security technology provider around the globe. Their focus has also changed from the handsets business which is more of a seasonal affair to the software business; something which the company has been building up on over the years.