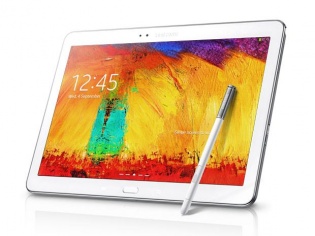 Updates have begun rolling out from Samsung’s servers for the Wi-Fi variant of the Samsung GALAXY Note 10.1; bringing some added features and some-much needed performance improvements.

SamMobile reports that the new update which has started seeding to Note 10.1 tablets in Columbia brings smoother performance, faster yet stable processing and a the white highlight theme that is prevalent in all KitKat devices. Also included is wireless printing support which comes as standard in all KitKat updates. The lock screen now gets full-screen album art and a new camera shortcut as well. Apart from all of the above mentioned features, the Note 10.1 Wi-Fi also gets enhanced sound controls for specific apps.

Bringing many improvements to the UI, the KitKat update for the GALAXY Note 10.1 Wi-Fi 2014 Edition is must have. As mentioned earlier, the update is seeding for devices in Columbia for now and will make its way to other regions soon. If you have not received the update you can always check into the Settings and then click on About Phone. In there you will find a Software Updates menu which you can click on to manually check for your KitKat update.

The GALAXY Note 10.1 2014 Edition was launched last September along with Samsung’s GALAXY Note 3 flagship. The Note 3 has already received its KitKat update here in India which also contains the above mentioned improvements.