The technology holds the key to the future of augmented reality, while also benefiting the visually impaired. 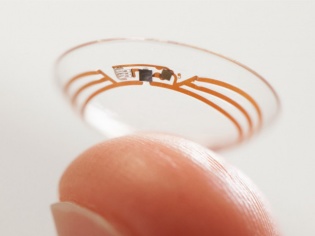 Search giant Google has filed for a patent application with the United States Patent and Trademark Office (USPTO) for embedding tiny cameras in contact lenses for various uses. The technology is be a direct extension Google's 'Glass' concept, and apart from taking photographs of what the wearer sees, it could provide a basic input for a contact based device for the visually impaired.

Google had previously acquired a patent to use contact lenses to measure the blood glucose levels in diabetics, providing constant feedback to the wearer and even doctors. According to Tech Crunch, under the new patent Google describes that the device could benefit the medical community; using the input from the camera from the camera to spot obstacles and alert wearers with vision problems about their whereabouts.

Moreover, the device could open up a world of Google Glass like computing experience, and usher in the true era of augmented reality. While the tech may sound far fetched right now, it could very well be a reality with advancements in miniaturisation and power storage & generation.

For starters a smart contact lens will be far less intrusive than a device like Glass, while also benefiting the visually impaired. People who aren't used to wearing contact lenses may find it harder to buy into the benefits of such a device, but that doesn't rob it of any of its value or usefulness.