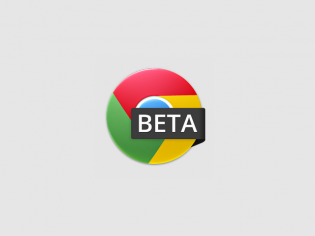 The idea behind Chrome Beta is to simply bring the latest developments of the Chrome browser to the masses and get the app bug tested as well. In short, it is worth downloading beta version of Chrome because you get access to the latest features that Google has on offer.

One of the new features that Chrome has added for its beta users is the ability to undo closed tabs. The implementation is pretty simple; once you have closed a tab, a notification appears that you have closed it along with an ‘undo’ button next to it. Simply hit the undo button to bring back the last closed tab. Now if you keep on tapping that undo button you will end up opening all the previously closed tabs in that session as well. A very handy feature for those who end up mistakenly closing tabs while browsing. Another feature that finally made its way into the Chrome browser is the ability to directly launch a video in full screen mode while playing. There is one problem though, you can no longer hit the forward and rewind button to skip through the video. Google has acknowledged the problem and has mentioned the same in the release notes. We guess they are up to something bigger or better here and this is some half finished work that needs some polishing.

Lastly, Google has now added support for the various multi-window modes that Samsung and LG devices feature. This will now allow you to run two applications simultaneously at the same time but only on supported phones.

If you have not downloaded Chrome Beta, you can click here to do the same and give the new features a test drive.