Google Makes A 1,928 Page Argument For The Trademark Of The Word 'Glass'

The US Patents & Tradmarks Office claim the term 'Glass' is far too generic. 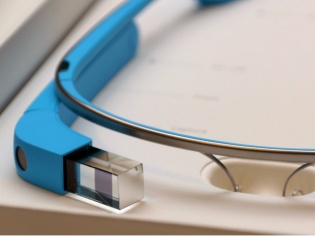 Google's attempt to trademark the word 'Glass' was met with opposition from the US Patent and Trademarks Office, who cited that the term is far too generic and could lead to confusion over other products that involve the word 'Glass'.

However, the company hasn't given up fighting and recently submitted a 1,928 page document demonstrating the variations of 'Glass' trademarks consumers can already distinguish between. Moreover the company also made a statement arguing that people who would buy Google Glass are far too smart to not know what 'Glass' refers to.

The USPTO's claim was that the terms 'Glass' was merely discriptive and that none of the product is actually built using glass (it's made of titanium and plastic). Google hit back giving a list of products that are not made of the materials suggestive in their names. Platinum Micro Inc. was one such example, which is a computer hardware manufacturer.

Google has already stated that it owns the trademark for 'Google Glass' and does not need any permission to drop the 'Google' part in the name. However, it points out that without owning the trademark for the word 'Glass', companies could infringe on the name making it hard for Google to fight back.