Apple Patents Headphones That Know When You Speak And Tune Themselves Apple has a new patent application for earbuds with in-built mics that can automatically detect a user's voice, thereby tuning a set of mics to better pickup their speech and cancel out unwanted background noise.

According to AppleInsider, the device would use 'beamforming' mics that have the ability to redirect themselves towards the source of a users voice, upon detection of vocal activity. In order to do that the device would have an inbuilt accelerometer that could pickup vibrations caused when the user starts talking. 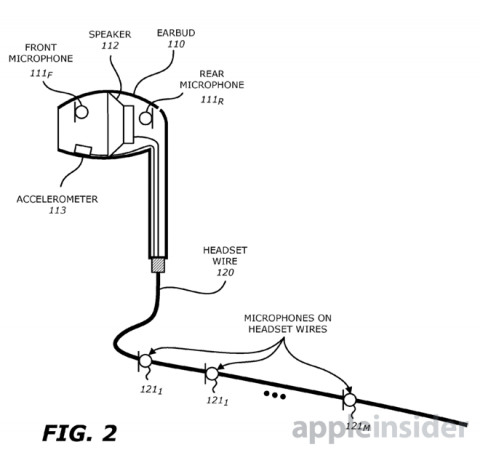 The system will work in tandem with the microphones present on the headphone wire to form a noise-supression system that is much more advanced than Apple's current EarPod design. Again the mics located on the headphone wire can either be optimised for picking up speech, or could redirect their orientation based on the source of the sound.

It only makes sense for Apple to invest its time and money in making the headphone better, considering how many people actually prefer using them as opposed to holding phones to their face. While it would be quite a longshot to say the company will implement the tech into their EarPods right away, its benefits still can't be downplayed.

Apple already makes use beamforming mics on its MacBook lineup, so it's quite clear that the technology already exists. The only question is when it would make its way to Apple's EarPod of the future.