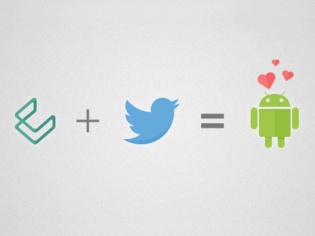 Social media giant Twitter has announced the acquisition of Android app 'Cover' which lets users customise which apps they see on their lockscreens and when.

As of now it still isn't clear as to what Twitter's plans for Cover are, but the founders of the app have said that it would remain on the Play Store for now. “If that changes down the road, we’ll provide another update here,” said Todd Jackson, Gordon Luk and Edward Ho, in a blog post.

The grounds for the acquisition haven't been made public as of yet, but stems from the two companies belief in the power of Android. “They (Twitter) share our vision that smartphones can be a lot smarter — more useful and more contextual — and together we’re going to make that happen,” said the founders of Cover.

While Twitter has already gone mobile with its own app, it is a rather crowded space where the company functions. Owning the lockscreen could put Twitter ahead of its competitors through the incorporation of a series of services that put social media at the centre of smartphone usage.

Facebook has already created a Home service around the android lockscreen, and Twitter could be looking to do the same. The problem for such companies comes when they look to move ahead of the Android and try to better integrate their services on operating systems such as Apple's iOS.

Twitter already generates greater advertising revenues from mobile than its desktop outpost. Considering that the Twitter was created as a mobile-first service, it only seems obvious for the social giant to move forward with acquisitions such as Cover.

Cover on the other hand has since October 2013 picked up hundreds of thousands of users, and the teams prowess in improving user experience is probably what Twitter is looking at.