Rumour: Motorola's Upcoming Flagship To Be Called The 'Moto X+1'

Leak says the phone is 'coming soon'. We expect it to be here by summer alongside the Moto 360 smartwatch. 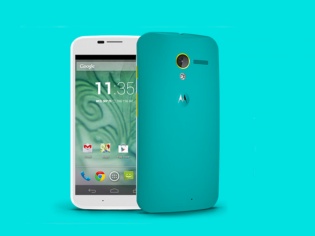 Just when we thought it was about time that Motorola unveiled its next flagship, the rumour mills have spat out a potential bombshell in the form of the Moto X+1. If the notorious (and often accurate) @evleaks twitter handle is to be believed, Motorola's next phone is coming soon.

The Moto X was released in August last year, and there's enough reason to believe that the company is working on a replacement for its flagship. While 'soon' will most probably mean sometime within the next two months, it's not hard to think that Motorola could launch the so called 'X+1' alongside its Moto 360 smartwatch.

It's hard to expect what enhancements the Moto X+1 will carry over its predecessor, especially since Motorola doesn't seem to be asphyxiated on cramming the latest hardware into their phones. The company seems to be more interested more in innovation rather than playing number games like everyone else.

Moreover, given the recent success of the Moto G in markets the world over, Motorola will looking to replicate this success in the high-end smartphone market. While the current Moto X is sold in a few overseas markets, it's mainly focused on the US with its MotoMaker features.

Our guess is that Motorola will use the hullabaloo around its Moto 360 smartwatch to really bind people into the Moto and Android environments. Unfortunately for now we're going to have to endure some silly algebraic puns until we get some official conformation from Motorola themselves.