Just when we thought what's innit for Apple? Microsoft releasing Office apps for the iPad could mean many things, but the bottom line being selling more Office 365 subscriptions. This brings us to the potentially awkward situation where Microsoft makes money off Apple's customers, but in reality it's far from true.

Re/code has confirmed that Apple takes its usual cut of 30 percent from Microsoft for the sale of every Office 365 subscription that happens through the Office for iPad apps. Starting at $99 for a year's subscription of Office 365, Apple makes a neat $30 on every transaction.

This isn't surprising, as Apple has staunchly insisted that even the largest of companies to either pay up, or get out. Even Amazon couldn't broker a special agreement with Apple, which led to the scrubbing of any links to its digital bookstore on its iOS apps.

In that light the agreement seems only fair, and is probably the reason Apple seemed so ecstatic to announce Office for iPad apps. For now though it seems to be mutual business harmony between the two rivals with both the CEOs playing nice on Twitter. 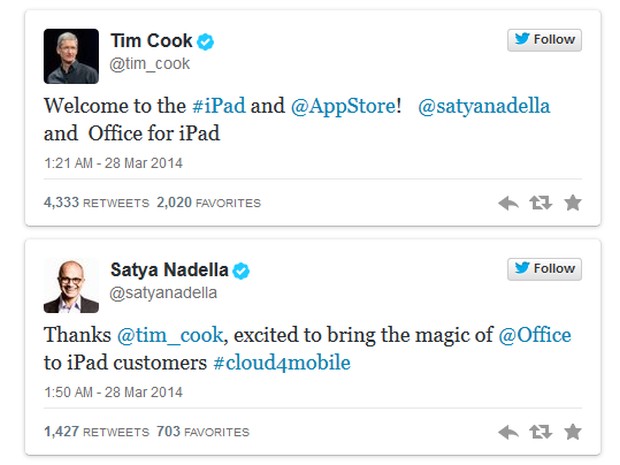