Even Obama May Ditch His BlackBerry In Favour Of Android | TechTree.com

Even Obama May Ditch His BlackBerry In Favour Of Android

One of BlackBerry's most loyal customers might just ditch it and go in for Android-based devices. 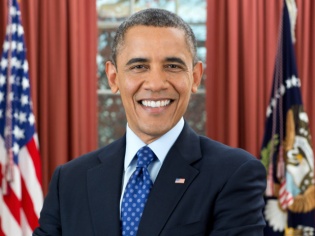 It's said that White House is testing devices from two major brands — Samsung and LG. The former of the two brands, has already been pushing its devices towards government organisations with the inclusion of safety features.

No matter which way this goes, BlackBerry is bound to get hit hard. Especially since the US government has been one of the company's most reliable sources of income. Moreover, President Obama using a BlackBerry device has always been sort of a marketing push for the company.

The Android-based devices are still in the preliminary stages of testing. It could be months before Obama could actually get his hands on these Korean phones. The White House Communications Agency is taking part in the effort along with an 'internal technology team'.

Even if these plans materialise, don't expect Obama's Android device to be anything similar to what you get in the stores. If agreed upon, the device will undergo heavy-modification and will have to be given clearance from agencies such as NSA. By the time all this is done, Obama's Android phone would be completely different from regular consumer models.