Home » News » Is Pebble Doomed Now That Google Has Rolled Out Android Wear?

Is Pebble Doomed Now That Google Has Rolled Out Android Wear?

Pebble made the smartwatch cool, but with Google's entry in this space, the company will have to fight for its survival. 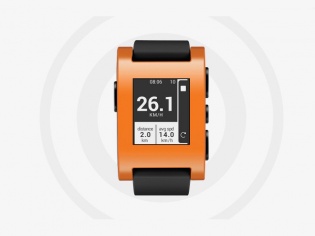 Today, Tech giant Google made its smartwatch ambitions clear to the world by rolling out Android Wear development platform. Now that the dust has settled, the first question to crop up was “What will happen to Pebble?” The startup has been at it for years, and they are the ones that made us realise the power of the smartwatch.

While Google has formally retracted itself from the hardware space with the sale of Motorola, it is tying up with some of the biggest OEMs in the industry such as Samsung, HTC, LG, Motorola and Asus. There's no doubt in our minds that the firepower they'd bring can easily blow Pebble out of the water.

However, Pebble isn't just about ready to roll over and play dead. The company's CEO and founder Eric Migicovsky had this to say in a recent interaction with techcrunch.

“We’re excited about today’s news from our friends at Google. When we started working on wearables six years ago, there were few players in the space and a lot of skeptics. It’s exciting to see this market grow so quickly — enabling more interesting use cases and keeping all of us laser-focused on creating the very best user experiences we can.”

Hardware giant Samsung has already tried taking a punch at Pebble with its Galaxy Gear, but the truth is that they haven't even gotten close to what Pebble has achieved. Experience here is key, and as highlighted by Migicovsky, Pebble has been trying to perfect the smartwatch for the last six years.

Any wearable hardware running on Android hasn't been tested in the real world, and it is here that Pebble edges ahead. This however, doesn't mean that the company has it easy. In fact this will be Pebble's biggest battle for survival in its six year life.