Samsung's next phone-camera hybrid is expected to run Android 4.4.2 out-of-the-box. 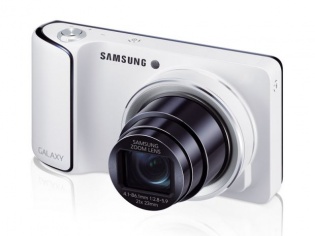 Looks like Samsung is all set to launch the GALAXY S5 Zoom camera. A device named SM-C115 has popped up in GFXBench’s database. Since the GALAXY S4 Zoom was known as SM-C101, we’re quite sure that the C115 would be its successor. The benchmark results reveal most of the tech specs of this upcoming gadget.

For starters, you get a 4.8-inch HD screen. The rear camera consists of a 19 megapixel module. Being a phone-camera hybrid, the S5 Zoom also comes with a front-facing snapper. It's powered by an Exynos 5 Hexa SoC clocked at 1.3 GHz (as detected by the benchmark). Then, there’s 2 GB of RAM to keep up with Android 4.4.2. Since it’s a Samsung GALAXY device, expect TouchWiz UI on top of Kitkat.

In terms of connectivity, you get Wi-Fi, Bluetooth, and NFC. Considering the GALAXY S4 Zoom still costs Rs 30,000, you can expect the S5 Zoom to be pegged at around 35k. Now the question is whether you’d buy this clunky camera with phone functionality or the Lumia 1020 — a phone with a great camera?