iBall Takes The Smartphone Pricing To A New Low

The domestic brand launches a Rs 3400 handset in Andi series. 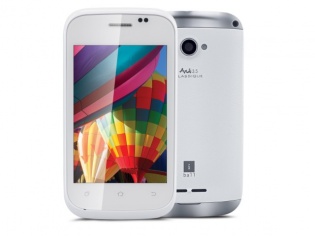 Looks like iBall has taken the word “affordable” quite seriously. The company has announced an Android-powered smartphone that costs only Rs 3500. Called the Andi 3.5 Classique, this phone features a 3.5-inch screen touch screen. We’re hoping that it’s a capacitive panel. It is powered by a 1.3 GHz dual-core processor coupled with 256 MB of RAM. There’s even a 2 megapixel rear camera along with an LED flash. The phone comes with dual-SIM support, Wi-Fi, A-GPS, Bluetooth, FM Radio, and 1200 mAh battery. It lacks 3G, which is understandable at this price point. What worries us is the user experience. Seriously, running Android Jelly Bean on 256 MB RAM beyond us.

The iBall Andi 3.5 Classique is available via online and brick and mortar shops across India.