Sony's latest Android tablet will hit the markets next month. Sony seems to have quite a busy day at the Mobile World Congress (MWC). Right after unveiling its flagship handset Xperia Z2, the Japanese brand showcases its iPad competitor, the Z2 Tablet. The tablet will be available in two models: Wi-Fi and Cellular. It features a 10.1-inch full-HD TRILUMINOS display powered by X-Reality engine. Sounds good, but keep in mind that it's still not an IPS or AMOLED panel. The tablet sports an 8.1 megapixel rear camera and 2.2-megapixel front-facing snapper. The Xperia Z2 Tablet runs Android 4.4 KitKat out-of-the-box. The Z2 Tablet comes with digital noise cancelling technology and expected to be the World's slimmest 10" tablet at 6.4 mm. The Xperia Z2 Tablet is powered by a 2.3 GHz quad-core Qualcomm Snapdragon 801 processor with 3 GB of RAM. Connectivity options include Wi-Fi, DLNA, Bluetooth, and Glonass. It comes with 16 GB in-built storage which is expandable up to 64 GB via microSD card.

The Xperia Z2 Tablet will be available in Black and White colours. The tablet is expected to hit the global markets in March, but pricing has not been revealed yet. 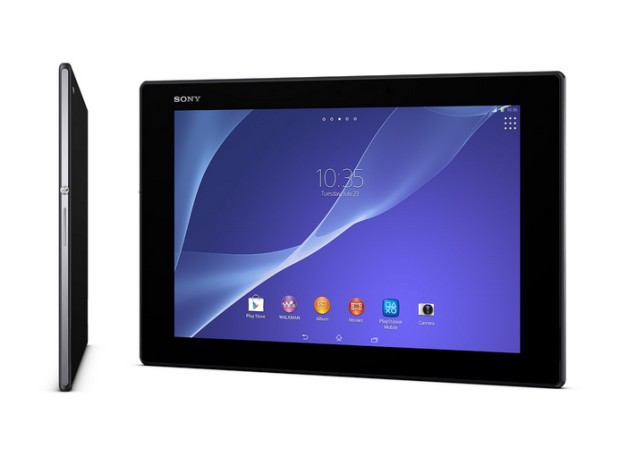