Let's hope it's not a prank. 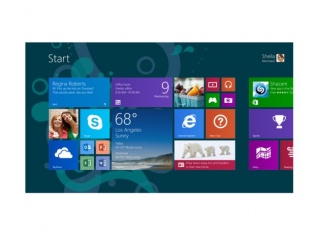 Windows 8 introduced a new era of PC computing by way of touch-based input via a variety of touch surfaces available today. Somehow even though Microsoft thinks that this is going to be the future of the daily computing, the user however says ‘Nay’.

It’s a great UI based on a number of swipe gestures from the top, bottom, right and left edges. However, there's a learning curve to it. Another problem, is the one that originates from the roots of Windows — the mouse. Using the touchscreen is great when you are interacting with web-pages, images and videos. But when it comes to being productive, there is nothing like using the mouse. Windows 8 lacked a proper interface when it came to using a mouse because touch was a priority here in order to for Microsoft to make an entry into the world of tablets.

The upcoming release is rumoured to have solved (if not all) some of these issues by giving the ‘mouse faithful’ a more clickable UI. If the rumours are correct, the new right-clickable context sensitive menus should boost productivity when it comes to using Windows. Also another long awaited and rumoured feature has been the ability to stay/boot to desktop mode instead of the Metro-based tiled Start-screen which most of us aren’t big fans of when it comes to work.

Let’s hope that most of the UI changes in Windows 8.1 are for the good. After all we do not have too many OS’s to fall back on other than OSX or Ubuntu; which somehow have not become mainstream yet.

For those who cannot wait for the final version of Windows 8.1, the Beta can be now downloaded from Microsoft’s website today.