With most manufacturers rolling out 5-inch plus “phablets”, Tim Cook-led Apple now wants in as well. 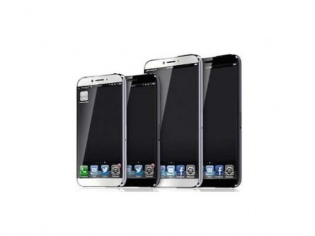 Circa September 2011, Samsung Mobile introduced to the world a new form-factor, which certainly grabbed a lot of eye-balls both for the wrong and right reasons. A year later the ‘phoneblet’ as we knew it was a sales success; telling manufacturers that size does matter and people were receptive to the same design philosophy. Steve-Jobs took a jab at the competition and said that “no one” would buy their “Hummer-like” 4-inch plus smartphones. And according to the latest rumor, now CEO of Apple, Tim Cook, seems to be thinking otherwise.

Recently, BGR brought to light a sketchy new report from Korean-securities firm KDB Daewoo Securities Research. And from what things look like out here, Samsung’s biggest and toughest competitor may be building two versions of their upcoming iPhone for release.

The first one is set to be a smaller 4.7 inch to a 4.8 inch screened device sporting a Full HD pixel arrangement, while the second — a much larger leap — will sport a 5.5 inch phablet sized display with a Quad HD 1280 x 2272 pixels, if the reports turn out to be true.

Taking into account Apple’s newly introduced 64-bit architecture, both devices will step up to a new 64 bit A8 processor and a generous 2 GB of memory. There is also a news that Apple will also consider 128 GB versions in their upcoming line-up and a 3.2 MP front-facing camera.

Do you think these new specifications are enough to lure the Android faithful who are looking for a more packaged and complete phone experience? Tell us the comments below.