Another manufacturer, another phone and tablet 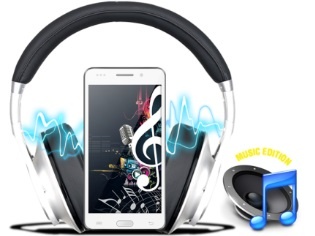 The Auxus Core8X is powered by Samsung’s Exynos 5 Octa‐Core 28nm Processor with tri‐core GPU of PowerVR SGX 544MP and equipped with “world’s first switchable” 3G Module. With this Switchable 3G Module technology, a user has the option to plug‐in or plug‐out the SIM module chip anytime. The Auxus CoreX8 3G comes with 2GB DDRIII RAM on a 7.85-inch display of 720p resolution, 16GB inbuilt memory, Android 4.2.2 which is upgradeable to higher versions of Android in future via OTA (Over The Air).

The Auxus Xenea X1 is being introduced as a 4.5-inch display music edition smartphone powered by the latest MediaTek MT6582 1.3GHz Quad Core chipset. Auxus Xenea X1 is equipped with 1GB RAM, Mali‐400 GPU with Accelerometer, light and proximity sensors, 2200mah battery on a qHD screen. It sports an 8MP rear camera while the front one is 2MP. Xenea X1 supports dual SIM dual standby with one being a regular SIM and the other a micro‐SIM for enhanced flexibility. The smartphone comes bundled with optimised jumbo headset.

As soon as we get on hands on this, we’d love to run these through its paces.