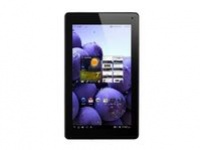 LG has announced its first LTE (4G) tablet, the Optimus Pad LTE. The device will be based on Android 3.2 (Honeycomb), and will feature the company's True HD IPS display technology.

According to LG, the gadget will come preinstalled with image and video editing software. The Optimus Pad LTE will initially be launched in Korea, but is expected to be gradually made available in other markets. As of this writing, the company hasn't revealed details on its pricing.