The tablet features a unique secondary display on its side. 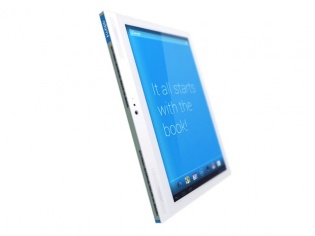 Bangalore-based Notion Ink, known for its Adam tablet has released its second tablet, after a gap of two years. Dubbed as Adam 2, this 10.1-incher runs Android 4.2.2 out-of-the-box. The tablet sports an IPS screen with 1280x800 pixels. The display comes with a scratch-resistant Asahi glass. It's powered by a 1.5 GHz dual-core Cortex A9 processor, coupled with Mali 400 GPU. Besides that, you get 1 GB RAM, 8 GB internal storage, microSD card slot, 3.15 MP camera, mini-HDMI port, and 6000 mAh battery. There's also a unique secondary display strip on its side. This 100x5 pixel screen is meant to display notifications.

According to the product page, the device sports an aluminium construction. The Wi-Fi only version of the tablet is priced at Rs 16,500; while the Wi-Fi + 3G variant will set you back by Rs 19,000. You can get a Rs 500 discount on the base model using the coupon code NIA2500W. Similarly, NIA21000G gets you Rs 1000 off on the high-end version. Before you place an order though, do keep in mind that Notion Ink had a bumpy ride with its original Adam tablet. There were plenty of issues including shipping delays, devices getting bricked during OTA updates, questionable build quality, and lack of promised apps including Notion Ink's app repository. Let's hope that Notion Ink has resolved these issues with its latest offering.