Android 4.0 Comes To The TouchPad

Made possible by firmware update from CyanogenMod. 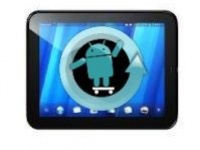 A few months ago, the $100 (approx Rs 5200) fire sale suddenly made HP's TouchPad a desirable gadget, selling out its entire stock in hours. Now, things are going to get even better for those buyers lucky enough to snag a piece, as team CyanogenMod is set to release a custom ROM that will bring Android 4.0 to the tablet. The TouchPad features a dual-core 1.2 GHz CPU, which is more than enough to run Ice Cream Sandwich.

Having seen the demonstration video, I think that the ROM is pretty stable and the GPU is able to handle games as well as live wallpapers. Moreover, the wireless connectivity features work properly. Interestingly, its dual-boot option will allow users to switch back to WebOS. Having said that, it's still a work in progress and the team is trying to fix the video playback and front-facing camera functions.

CyanogenMod's ROMs are very popular among Android mobile users. Thankfully, these modders have also started paying attention towards tablets. Although there's no word on the firmware's availability, reports suggest that it will be out in the next few days. In the meantime, you can check out the video demonstration here: