Home » Tablets » Students To Get Faster Aakash For The Same Price

Students To Get Faster Aakash For The Same Price 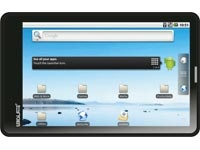 The government has decided to make the new and faster version of the Aakash tablet available to students at the same cost as its predecessor. The Aakash 2 is said to be thrice as fast and with 50% more battery juice  than the original. The new version will have to pass a quality test, based on inputs provided by around 600 IITians who beta-tested the first tablet.

HRD Minister Kapil Sibal has claimed that all the previous issues have been resolved. He expects to receive 70,000 Aakash 2 tablets from DataWind by the end of this month. This allays fears that the government planned to put its pact with the Canada-based company on hold. However, ministry officials have also expressed doubts about future orders to the company, stating that it has violated a condition in the contract of providing the tablet first to the government and later to the open market.

Earlier, IIT Rajasthan had found deficiencies in the tablet, such as poor multi-tasking, short battery life, and shoddy display quality. DataWind had already provided 30,000 tablets by the time these findings were reported. The ministry then withheld the remaining orders and asked the company to rectify the issues. Ministry sources indicated that the company was initially reluctant to do so without increasing the cost, but relented when threatened with cancellation of the order. DataWind will now provide the remaining 70,000 tablets as per the new specifications.