Will land in more than 130 countries in the near future. 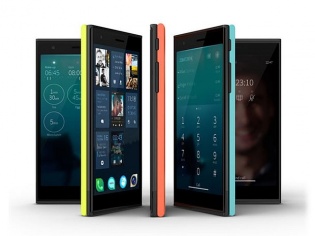 The long-awaited Jolla smartphone has finally hit the stores in Finland. The handset is pegged at EUR 400 (Rs 33,500), off contract. Jolla had been garnering a lot of attention for being a brainchild of ex-Nokia employees, who had worked on the Meego project (the software that powers the Nokia N9). The Jolla phone runs the gesture-heavy SailFish OS, which is a modified version of the Meego platform. According to the manufacturer, the OS is compatible with "thousands" of Android apps.

The phone is all about a fresh approach towards design and user-experience rather than throwing specs jargon. The Jolla sports a 4.5-inch IPS screen with pixel dimensions of 960x540. It's powered by a 1.4 GHz dual-core Qualcomm Snapdragon processor. Other features include an 8 megapixel camera, 1 GB RAM, 16 GB internal storage, microSD card slot, Bluetooth 4.0, GPS, Wi-Fi, 4G, and 2100 mAh battery. The Helsinki-based company has also licenced HERE maps and services from Nokia.

The Jolla handset comes in nine hues. You can change the look of your phone by simply picking-up exchangable smart-covers. The phone is currently only available in Finland, but the company has plans to release it in more than 130 countries in the near future.