The handset has been made by ex-Nokia employees working on the Meego project. 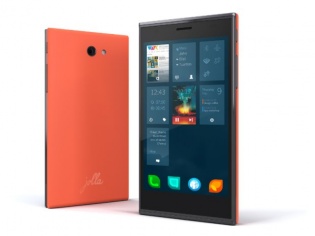 Jolla, the Helsinki-based start-up set up by ex-Nokia employees, has finally given a launch date for its first handset. Announced in May, the company unveiled its first smartphone — simply called Jolla. According to the manufacturer's twitter handle, the phone will be sold on 27th of this month. in Helsinki in collaboration with the Finnish operator DNA. The phone will be sold on first-come-first-serve basis. So, those who have opted for pre-order will have to wait till December. In case, you didn't know, the Jolla phone features a 4.5-inch IPS screen with pixel dimensions of 960x540. It's powered by a 1.4 GHz dual-core Qualcomm Snapdragon based processor. Other features include an 8 megapixel camera, 1 GB RAM, 16 GB internal storage, microSD card slot, Bluetooth 4.0, GPS, Wi-Fi, 4G, and 2100 mAh battery. The handset will feature Nokia's HERE mapping service.

The phone runs on the gesture-heavy SailFish OS, which is a re-incarnation of the ill-fated Meego (found on Nokia N9). According to the manufacturer, the OS will be compatible with Android apps. The Jolla phone is pegged at EUR 400 (Rs 33,500) off contract.