Looks similar to its predecessor Lumia 520; will probably go official in December. The Nokia Lumia 520, which now retails under Rs 8000 is selling like hot-cakes in India. Little wonder then the Finns are working on its successor. If the Chinese certification agency TENAA is to be believed, the phone will be called the Lumia 525 (codenamed Glee). And as always, @Evleaks has published the upcoming phone's press image on its Facebook timeline. Going by the picture, the phone looks very similar to the Lumia 520, but more curvy. It also appears that the phone will have glossy colour options, unlike its predecessor's matte finish.

According to TENAA, the specs won't be upped significantly, but you might see RAM to be bumped up to 1 GB. There's no word on its release date yet, but we expect it to go official in December. Coming to the subject of pricing, I'm pretty sure it won't go north of Rs 10,000 in India. 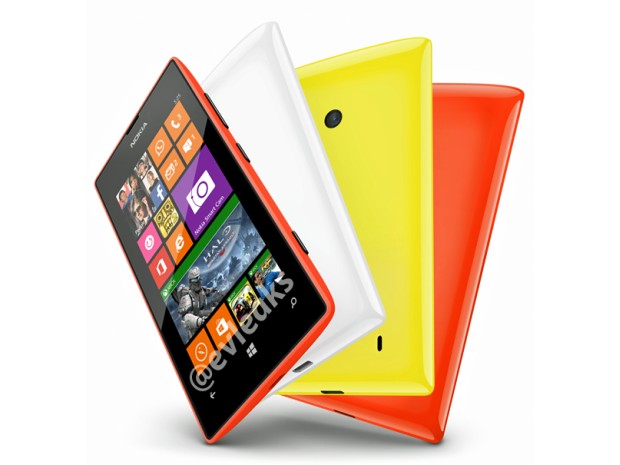