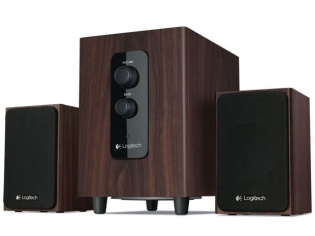 Logitech, the global provider of PC peripherals and other digital platforms, announced the latest addition to its Multimedia Speaker System, Z443. The new speaker is designed to deliver powerful sound for music, videos, movies and games. To add sophisticated look to living space, its 3" satellite drivers produce crisp sound notes and a balanced midrange and it pumps out rich bass with its 5.25" subwoofer. The speakers come with power-packed wooden enclosures that dampen unwanted vibration for warmer sound, and a good acoustic experience. The volume and bass controls are placed right at the front of the subwoofer for easier access. The speakers can work with 3.5 mm output. The 3" driver controls on the Logitech Multimedia Speakers Z443 give left and right channel satellites, which claim to produce crisp high notes and balanced, natural midrange sounds. The Z443 comes with 110 watts of peak power.

The Logitech Z443 Multimedia Speaker System is available in the Indian market for a retail price of Rs 6000.