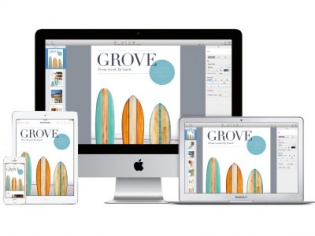 At its recent Fall 2013 event, Apple announced a rehashed version of its MacBook Pro line up, alongside the iPad Air and other devices. The company also announced that it will be putting up the Mavericks OS X as a free download for today on its Mac App Store. The OS can run on any device running OS X Mountain Lion. Devices with OS X Snow Leopard, Lion or Mountain Lion can directly upgrade to Mavericks.

Browsing through books and more:
The newly-launched devices will run the Apple OS X 10.9 Mavericks out of the box. The new OS boasts of an updated iBooks app with a well stacked iBooks library that gives you access to two million titles on the iBooks Store; a reworked Maps app with voice navigation support; and an updated version of the Safari browser with Shared Links that offers Twitter and LinkedIn integration.

Security:
After the Chrome fiasco, the iCloud Keychain that claims to keep track of your usernames and passwords, credit card numbers, and Wi-Fi passwords, works as promised. It also packs in a better notification system that supports inline replies, multiple monitor and full screen app support, and a revamp on the Finder tools.

Better performance and battery life:
The new OS also boasts of new technologies such as Timer Coalescing and App Nap improve battery life of your Mac by reducing power consumption. A Compressed Memory module helps to your device fast and responsive. OpenCL support and dynamic video memory allocation ensures a significant performance enhancement with integrated graphics. Check out the complete list of specs here. If you are planning to upgrade to the OS X Server 3.0 instead, you'll have to fork out $20.

More freebies:
Along with the OS X upgrade, the iLife and iWork apps suite bundles will also be given free of cost for new and existing OS X and iOS 7 users. The rehashed iLife apps include iPhoto, iMovie, and Garageband, which will all sync with iCloud.

Of the three apps in the suite, the Garageband has seen maximum enhancements in terms of new features. The app now lets users create 16 different music tracks, this number doubles if you are using the iPhone 5S or a new iPad with a 64-bit processor. The desktop version packs in a new sound library, and a new feature dubbed as drummer. More styles can be picked up as in-app purchases.

iMovie now lets you speed up and slow down videos along with picture-in-picture option. The desktop version gets a theatre to iMovie feature that collates your videos for playback. With that and the iCloud support, data saved on the app can be shared across devices including Apple TV.

Finally, iPhoto now lets you create photobooks on a mobile phone, just like the desktop version.

The iWork suite on, the other hand, has been updated to create better sync between the Mac and iOS platform, via iCloud, and boasts of a new UI.