The New PS Vita Will Use Micro-USB For Charging

Sony finally relaxes its insistence on proprietary cables. Console only been confirmed for Japan. 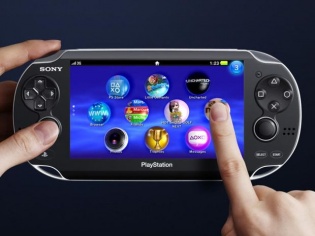 If there's one thing Sony's better at than manufacturing cutting edge TV sets and consoles, it's mucking them over with proprietary formats, accessories, and Orwellian DRM lockdowns. The company has been the most egregious with its consoles, wherein proprietary storage standards such as the UMD and PS Vita memory cards have annoyed its consumer base greatly. Sony's beleaguered PlayStation Vita handheld console has been the most blatant example of its tendency to enforce proprietary accessories.

Anyone who's lost the charging cable for the handheld console will vouch for the frustration of your Rs 25,000 device being reduced to an expensive plastic brick. That's because unlike most decent manufacturers, Sony hadn't deemed it necessary to maintain the universal standard micro-USB standard for the Vita's charging cable. However, it seems that the Japanese electronics giant has finally grown a heart. A fresh tweet from Sony Worldwide Studios president Shuhei Yoshida hints towards a non-proprietary charging cable. The tweet carries a photo of the upcoming PCH-2000 model of the Vita bearing the standard micro-USB charging port. A translation of the tweet reveals that the console can now be charged with your regular smartphone micro-USB cable. That means you no longer have to carry a separate cable for the Vita.

Having said that, don't get too happy yet, because the new PS Vita model has only been announced for the Japanese territory in the recently-concluded Tokyo Game Show. Chances are that the model will eventually trickle onto the other regions, but don't hold us to ransom over it.