Home » Tablets » Rumour: This Is What Nokia's Upcoming Windows Tablet Looks Like

Rumour: This Is What Nokia&#039;s Upcoming Windows Tablet Looks Like | TechTree.com

Rumour: This Is What Nokia's Upcoming Windows Tablet Looks Like

The Windows RT tablet could feature a 10" IPS screen and quad-core SnapDragon SoC. 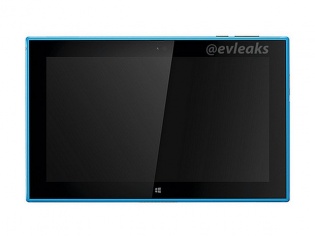 Speculations regarding Nokia's upcoming Windows RT tablet have been doing rounds for quite some time. However, these rumour gets more substance when Twitter handle @evleaks, known for successfully leaking unannounced products, confirmed the tablet's name to be Lumia 2520. The tweet mentions that Nokia's tablet will be available in Black, White, Red, and Cyan. As the the Finnish company's annual event, Nokia World is fast approaching, @evleaks has posted a press shot of the upcoming tablet to make good its claims.

Going by the image, the tablet seems to sport a polycarbonate body, much like the Lumia handsets. We're guessing that the tablet will feature a 10.1" HD IPS screen. You can also expect it to pack in a quad-core Snapdragon chipset that can handle Windows RT.

The Lumia 2520 tablet is expected to go official at Nokia World on 22nd Oct. According to the folks at WPCentral.com, the slate will hit the American market in November with a $500 (approx Rs 30,000) price tag.