Google May Help You Live Longer 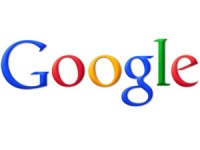 Now the internet is said to have infinite memory — what goes up there, stays there no matter what (unless servers crash). But Google (which many consider to be synonymous with the web itself) has decided to take its commitment to immortality a step further. Instead of merely searching for the nearest hospital online, the company wants to help increase people's physical life expectancy too.

Dubbed as "moon shots", this offline venture will give rise to a new company called Calico, with Google choosing to stay mum on how much money will be pumped into this project. Calico, as reported by Time Magazine, will focus "on health and ageing in particular". This isn’t the first time Google is trying its hand in health care. A report in the Indian Express adds how Larry Page culled a failed venture called Google Health, a digital medical record storage system in April 2011.

This time around though they want to cure cancer. Let's hope it’s a better deal than Google Glass!