The first 5-incher from the Canadian brand features a dual-core CPU and 8 MP camera. 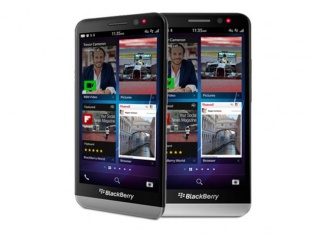 BlackBerry has finally launched the successor of the Z10. Dubbed as the Z30, this is the first 5-incher from the Canadian manufacturer. It's also the second time (after the Q10) that BlackBerry has used an AMOLED screen that offers deep blacks. The Z30 boasts of a pixel packed screen with HD resolution and pixel density of 295 ppi. At the heart of the device is a dual-core Snapdragon S4 Pro chipset clocked at 1.7 GHz. On the software front, the phone runs the BlackBerry 10.2 platform. Having used BB 10 on the Z10, I’m quite sure that the phone will have no issue handling the latest iteration of the OS. Of course, the phone will also come with tight BBM integration.

Like most high-end smartphones, the Z30 sports an 8 megapixel camera, capable of recording 1080p videos. Other features include a Wi-Fi, Bluetooth 4.0, NFC, and 2880 mAh battery. Those stuck with the Z10 need not worry, BlackBerry will be rolling out the software update sometime next month.

According to the manufacturer, the Z30 might hit UK stores as early as next week. There’s no official word on its pricing, but looking at the company's history, we expect it to cost as much as the new iPhone.