Old is not necessarily gold. 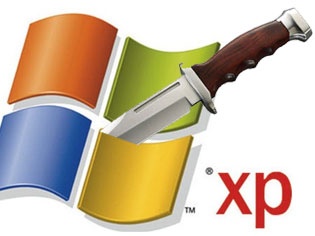 It’s said “Old is Gold”, but certainly not in the tech world. Microsoft has finally realised that and given a date to end support for Windows XP officially by 2014.

Windows XP has been the love of many, especially since it meant the end of the crash-friendly DOS-based Windows 95, 98, ME Operating Systems, and with the failure of the bloated Windows Vista. While many rejoiced, it also meant that Windows XP became a pain for Microsoft, and many developers alike, to maintain for an older “legacy” Operating System.

Therefore or on 8th April, 2014, Windows XP is on Microsoft’s "end of life" cycle list. This doesn’t mean that Windows XP will just get up and die (Does it mean that it can be legally pirated?). It means that Microsoft will no longer support it with security patches and updates. Yeah, Microsoft has said this many times before, but this time they really mean it.

With all due respect and love for Windows XP, here’s why you should just roll over and die…
- You are too old, 13 years too old, a dinosaur in this tech age
- You are missing key security features introduced way back in Windows Vista
- You can’t take advantage of the latest, safest, and most compatible versions of Internet Explorer. (Well that’s Microsoft’s fault strategy, really)
- You cannot take advantage of the new hardware advances, case in point, multi-core processors and UI scaling/text don’t work that well on Widescreen LCD’s
- It takes a lot of time and resources to build and maintain you for Microsoft and third party developers
- Windows 8 and 7 are more aware, they actually can troubleshoot simple issues on their own
- Yes, you were real user-friendly back then, but Windows 7 takes that crown and as for Windows 8…err no comments

Before we go, here's the commercial that started it all...